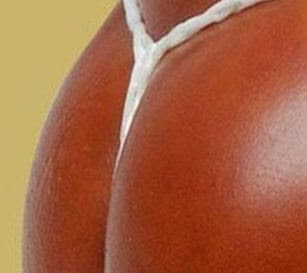 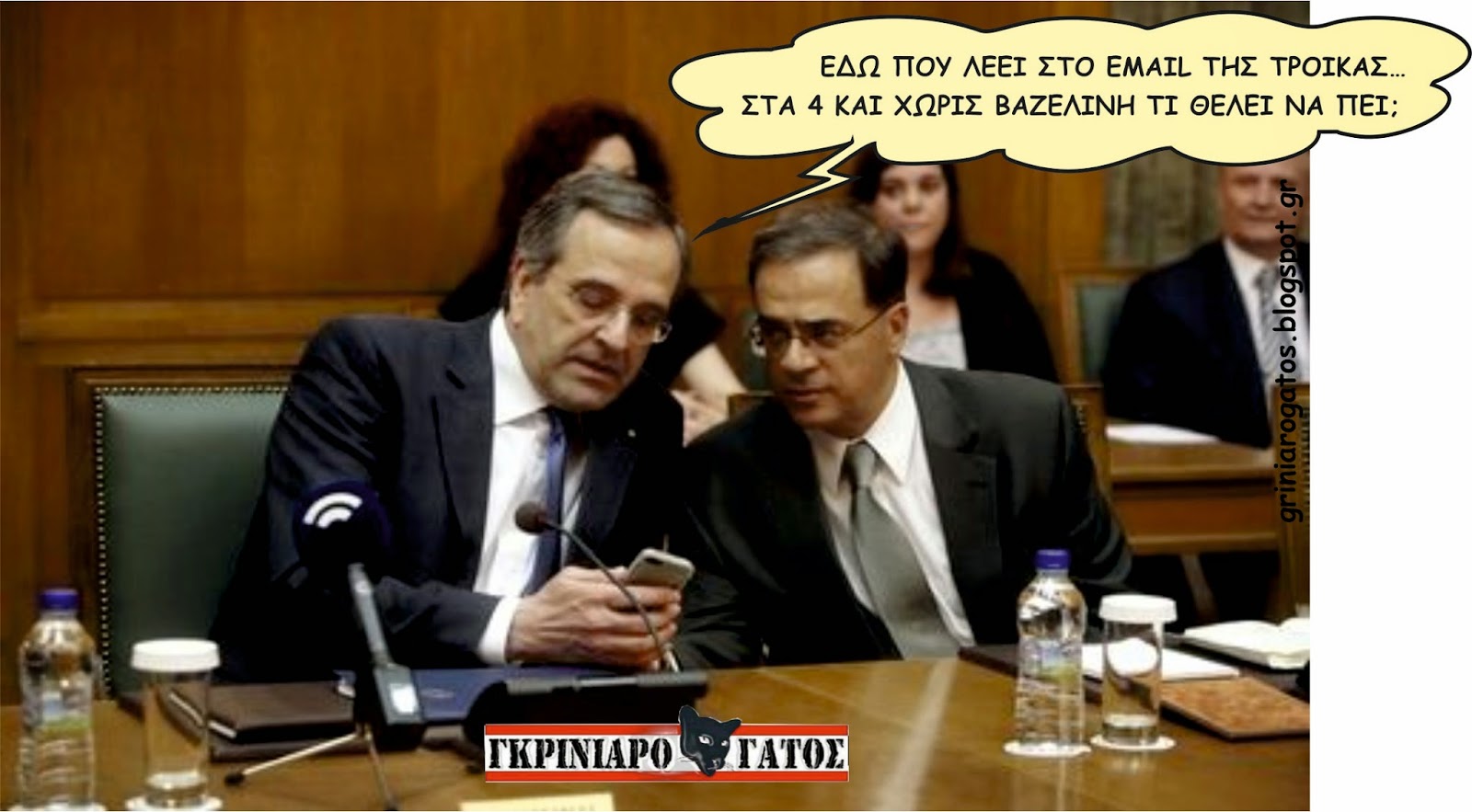 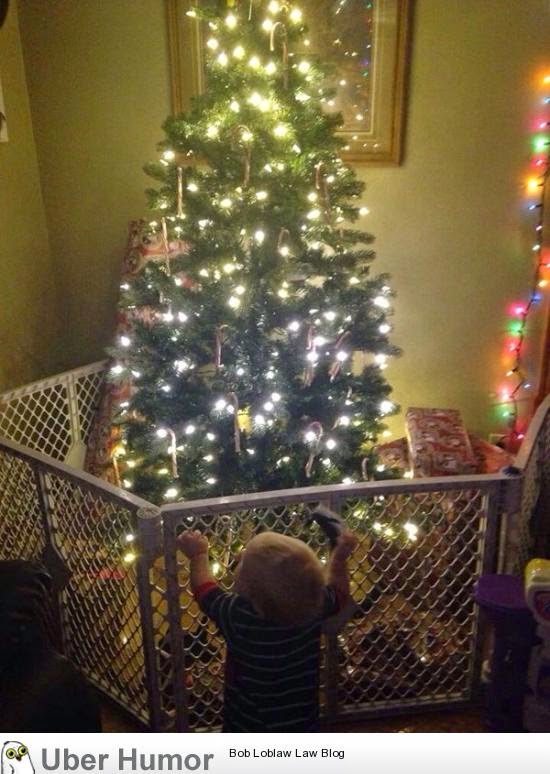 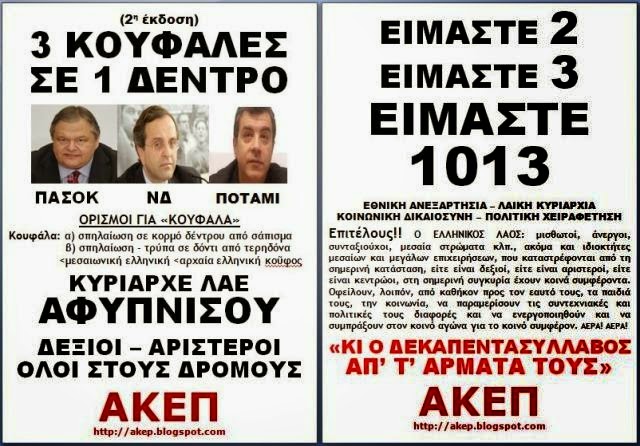 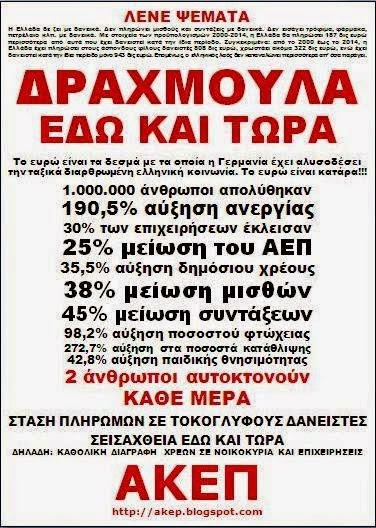 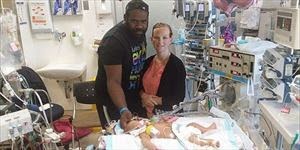 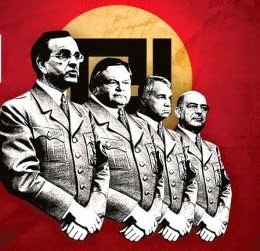 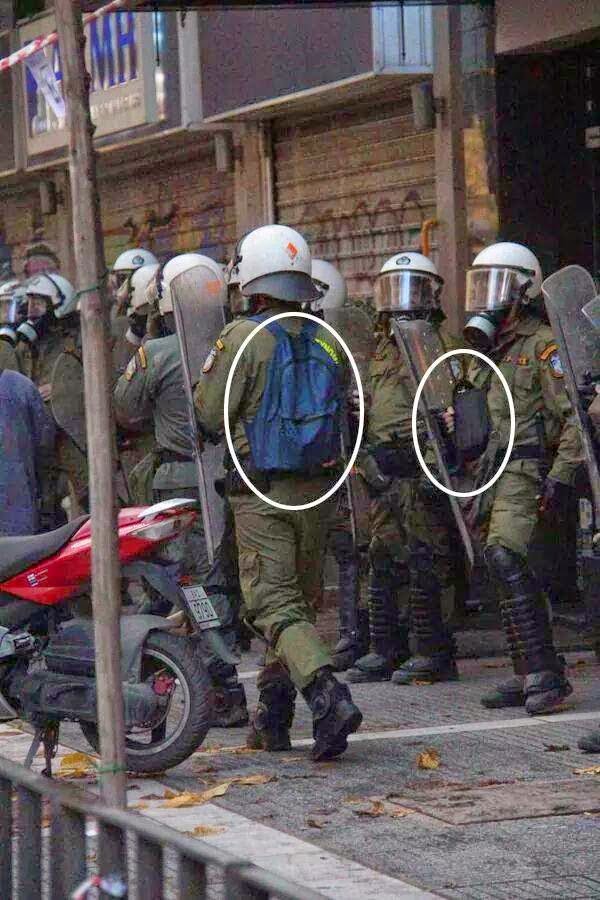 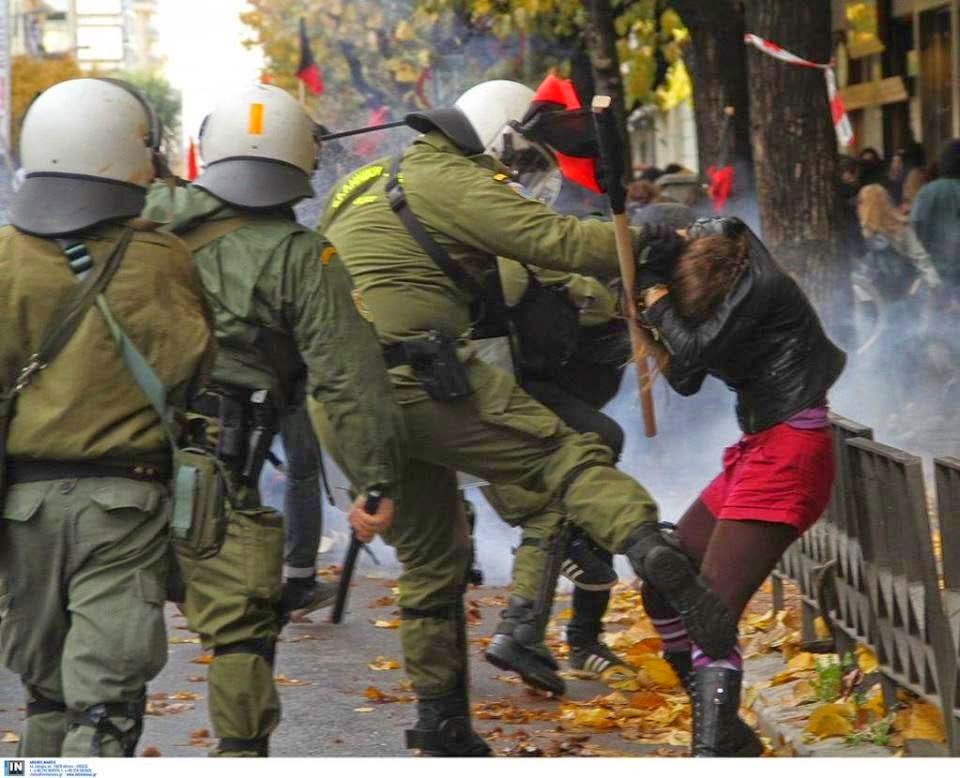 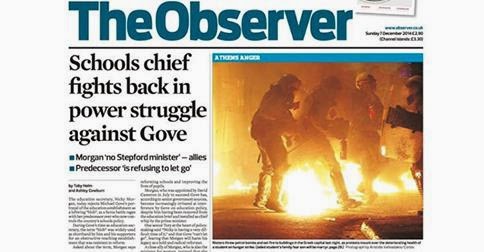 Amid bitter clashes in Athens, the father of a young anarchist on hunger strike speaks of his son’s transformation from...
model student to figurehead for the protesters

From behind the bars around his bed, on the third floor of Athens’s Gennimatas hospital, Nikos Romanos could hear the thousands who took to the streets last week screaming his name, as heavily armed police looked on. Monitored by machine-gun-wielding riot police himself, the 21-year-old anarchist, imprisoned for participating in an armed bank robbery two years ago, has no desire to become a “martyr”.
“He is a fanatical lover of life. He wants to live,” his father, Giorgos Romanos, said in an exclusive interview with the Observer. “But this is his 27th day without food and his condition is deteriorating. He is getting weaker.”
Death is not a word that crosses the dentist’s lips as he describes the descent of his son – his only child – from being a ski-loving model student to mascot for a seething segment of Greeks baying for a fight with officialdom at large.
But “martyrdom” is a distinct possibility. As protesters marked the sixth anniversary of the police killing of teenager Alexandros Grigoropoulos – an event that would trigger weeks of violence widely seen as the prelude to Greece’s great economic crisis – the 58-year-old acknowledged that the desire for a martyr is real among the country’s growing contingent of angry, unemployed youth.
Clashes between 6,000 protesters and riot police erupted in central Athens on Saturday as teargas and water cannon were used to beat back protesters in the bohemian Exarchia neighbourhood, where about 200 black-clad youths hurled stones and molotov cocktails. A cloud of smoke billowed into the sky from the clashes. Dozens of shops were damaged and nearly 100 demonstrators were detained.
In the gangly young Nikos Romanos – who was sentenced to 16 years for the robbery and only narrowly escaped charges of being a member of an urban guerrilla gang known as Conspiracy of the Cells of Fire – those protesters appear to have found a candidate for martyrdom. By Friday, municipal, university and union buildings had been occupied by anarchist sympathisers.
Their anger was directed at the rejection by the government of Romanos’s request for leave from jail to pursue an education after winning a hard-earned place at Athens’ School of Business Administration. The refusal spurred the young Romanos to launch his hunger strike on 10 November. “My son is very angry and very bright and very conscious of what he is doing,” said his father, running his hands through his hair. “What seems absurd gives meaning to people. If the authorities had allowed him to pursue his studies, which is his right, none of this would have happened.”
The night of 6 December 2008 was one that, for many, would change the face of Greece. “They say ‘remember, remember the sixth of December’, but you know, we don’t need to remember because we cannot forget it. What happened that evening is so deeply ingrained in the minds of many Greeks and especially my family,” he said, recalling that his son had gone off the rails soon afterwards.
Nikos was a chubby-faced 15-year-old when his friend, Alexis Grigoropoulos, died in his arms after the two privately educated boys had a run-in with the police in Exarcheia, a district renowned for its anarchist havens, graffiti and nightclubs. Within days, demonstrations had escalated into rioting as protesters – deploring the police shooting but also giving vent to a profound disaffection – went on the rampage, participating in a wave of violence that soon spread across Greece and into the rest of Europe.
“Nikos could have been hit by that bullet, but it was Alexis instead,” said Romanos. “Before that night he was an innocent; after it, he became politicised, it was not something he could forget.”
He strongly denied that his son had been involved in terrorism. “When he and his anarchist friends robbed the bank they were very polite, telling everyone there: ‘We don’t have anything against you; our beef is with the state’.” In a country so divided between left and right – a polarisation exacerbated by those who support the reforms of prime minister Antonis Samaras’s conservative-dominated coalition and those who oppose them and back the radical-left opposition Syriza party – Nikos Romanos’s fate elicits strong emotions.
For critics, the young anti-capitalist is a “terrorist” bent on fomenting popular discontent to pursue deeply undemocratic goals. For sympathisers, who may or may not share his ideological beliefs, the hunger striker is the embodiment of injustice – a young man no longer seen as a convicted felon, but a victim wronged by authorities determined to quash dissent.
Few have forgotten how Romanos’s mugshot was doctored by police after he and his associates were badly beaten up following their arrest last year. Among the left, including Syriza’s increasingly popular leader Alexis Tsipras, the dark-haired anarchist in prison is now the symbol of almost everything that is wrong with a country chafing under grinding austerity and unforgiving international supervision.
With Turkish prime minister Ahmet Davutoglu visiting Athens over the weekend, the government threw a security cordon around the capital, ordering an unprecedented 18,500 officers to guard police stations and public buildings to ward off potential unrest.
For his father, an avowed “leftist liberal”, Romanos is typical of a younger generation who, although middle-class and privileged, have been radicalised by growing up in a nation whose political establishment is blamed for the devastation wrought by its brush with bankruptcy. “He is more bourgeois than the bourgeoisie, a bon viveur who likes good food and good clothes, who every year went to Austria to improve his German and who had a talent for the piano,” he said, allowing himself a little laugh. “But he knew what was happening around him. He could see how the corrupt elite had destroyed the social fabric of this country.”

In the case of Romanos, whose mother is the daughter of a prominent writer and a bestselling novelist herself, there was also daily discussion about the malfeasance that had infected life in Athens’s well-heeled northern suburbs where the family lived. “Every night we would talk about the hypocrisy and fraudulence that existed between people, because that is what my wife wrote about,” his father said. “There were so many people who made a lot of money by corrupt means, like selling defence systems, and we knew it and he heard it. The whole country is corrupt, starting with the political system and the bureaucracy.”
Whether inadvertently or not, the government now has an opposition hero on its hands, with Romanos’s name not only emblazoned across social media but spraypainted across buildings.
In a volatile political terrain, amid spiralling tensions – and fuelled by feverish speculation about early elections – few can understand why Samaras’s government has not elected to take a less fraught path by granting Romanos the educational leave which he has so publicly sought. A jovial man, who has retained his composure despite the evident stress of seeing his son wilt away, Giorgos Romanos suspects that political interest may well be at play.
Late on Saturday Samaras agreed to meet Romanos’s parents on Monday in a bid to defuse some of the tension. Speaking before the prime minister’s concession, Giorgos Romanos said: “They want to trap the left.
“When violence erupts and Athens goes up in flames – because I have no doubt that is where we are heading – they can say: ‘This is what happens when leftists take to the streets,’ he spluttered, his voice trembling a little. “My only hope is that they will panic and relent before it is too late.” 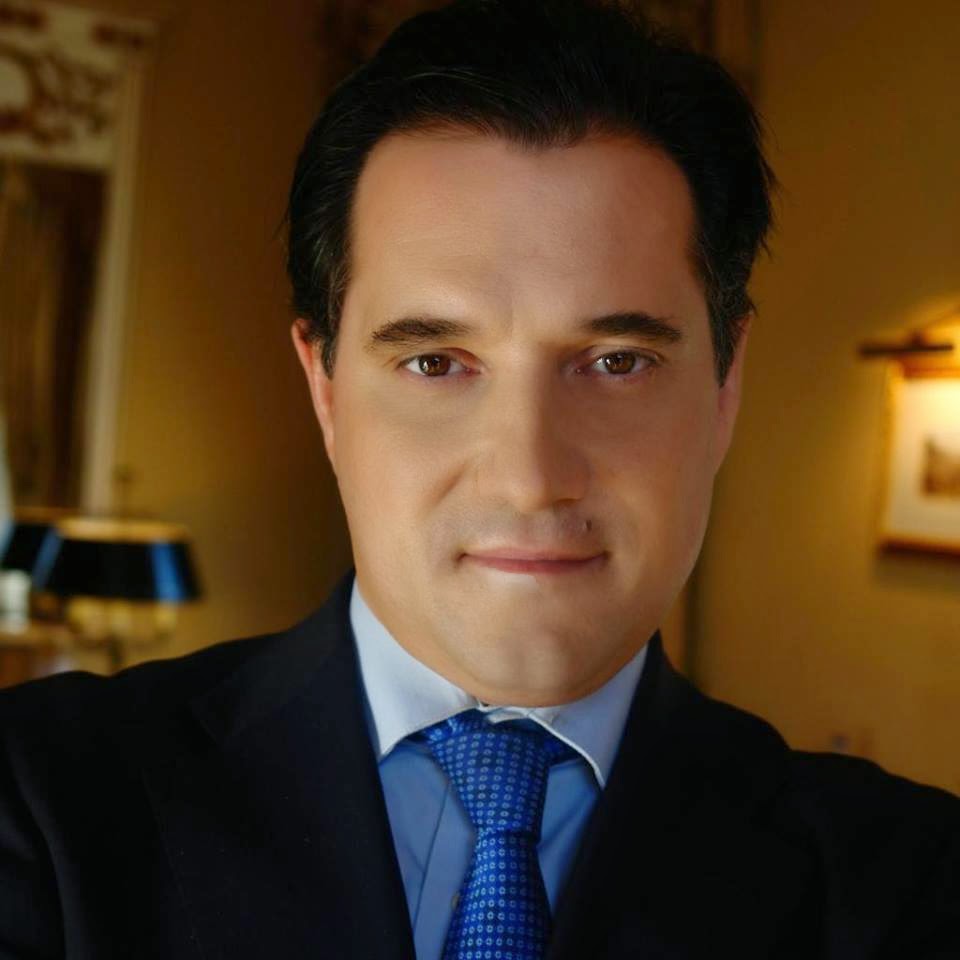 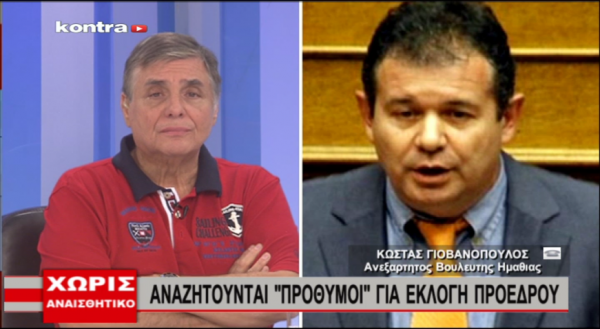 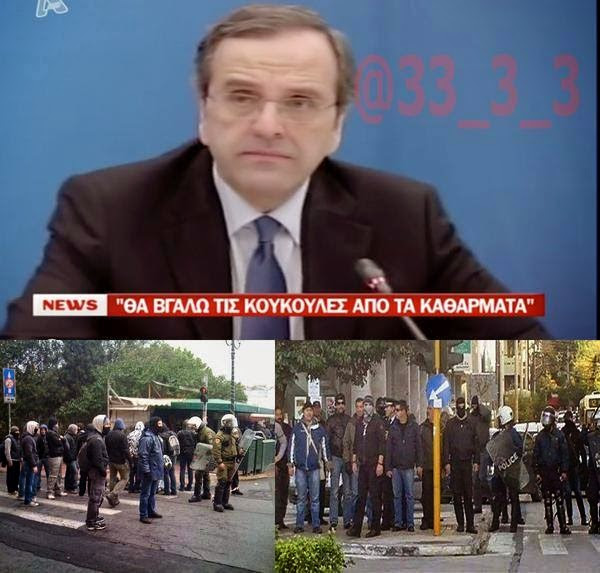 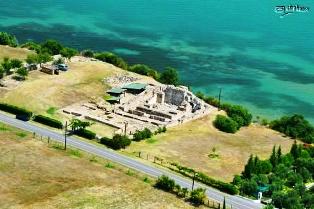 Add to your site 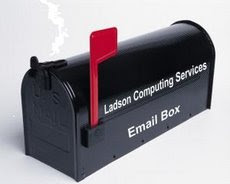